Even The Simple Things - Quick-Release Rings Have MANY Uses! 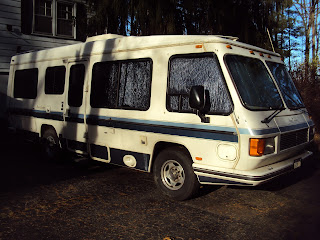 Most of us have a key ring. You know, the kind that bites your nails off when you try to put a key on or take one off. I've even been stabbed in the thumb by one of the larger varieties. Ouch! Well, I have a few other options, but found a great deal on a 10 pack of quick release rings. I was just going to use them for keys, but now...I'm not so sure. I've discovered a whole bunch of other uses for these little beauties. Maybe you can come up with some additional uses?  Come on...put your thinking caps on! 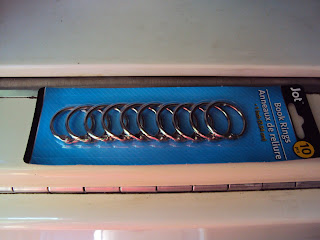 The idea is simple, find a way to easily and quickly release the ring so that you can put something on it without any fuss (or pain!). The ones I found just take a simple press in opposite directions on both sides to release. Not likely to happen accidentally, so that's a good thing. After I replaced all my spare sets of keys on rings with these, I got to thinking what else I could use them for. I mean 10 of them for $1.00 -- that's quite a bargain. But, if you only need one or two... well, the rest will sit in a drawer for years! So what can you use them for? I've thought of a few other uses. Like attaching tags to items.
Another idea, you can hang kitchen utensils and/or tools in your under counter cabinets or on the backs of doors or even just on walls if you don't mind the look of that. I just screwed in some screw eyes (from an assortment pack) into the underside of the counter and used these hooks to attach various things. They do not come out when driving and are relatively easy to open and close. Just make sure you have enough room to let the items swing around. AND that they won't swing INTO anything and break it. If so, (don't ask me how I know) just put a large rubber band around all of the hung items and it will keep them from causing damage.

I am SURE there are many other uses for these rings. The trick is figuring them out. I have about 16 left over, so I'll have to do something with them. I had thought to use them as shower curtain rings, but they are too small to fit around my shower stall rod. Ah well...it sounded good in my head! Back to the head scratching.