The Importance Of Backing Up - Your Computer! 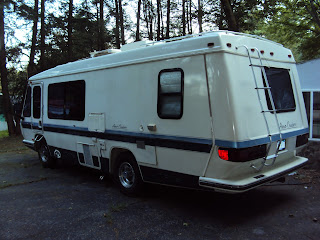 I just avoided a catastrophe....barely. I had an old laptop that had a bunch of documents and software on it that need an older version of Windows. I keep it around to program radios and other older devices I still use. A few days ago, I needed to add a channel to a few radios and when I booted up the laptop it warned me that the hard drive was going to fail...soon. I'd never seen that exact message, so I thought backing up would be a prudent thing to do. Boy, was I ever right! Sometimes the universe smiles upon us and the stars align to avoid a major hassle. This was one of those times. I am most grateful! 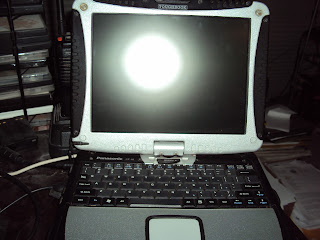 Since it is an older laptop and I don't have many applications on it, there was only about 43 gigabytes of data on its small internal drive. So I attached an external 500 megabyte USB drive I had around and went to do a backup. This laptop gets some additional attention since it is required to program some devices that won't work with later versions of Windows and REALLY want a regular old-fashioned serial port. Not one of those Serial to USB adapters. The built-in backup tool from Windows XP is awful. I needed something a bit more robust that would allow me to restore the entire drive when the old one finally fails. That's where this adventure begins.

Picking the right backup tool is critical. A quick search online for "Free Windows XP (or whatever version you have) backup" will garner MANY results. I narrowed it down to two of them. EaseUS Todo and Macrium Reflect. After researching both the back up AND the restore processes I chose EasUS Todo. Why? Well, because when I really need to get back up and running after a catastrophic failure, I don't want to have any additional stress. It's bad enough to have the hard drive fail. It's another thing to have the restore process cause extra problems. It should go smoothly with the least amount of pain possible. 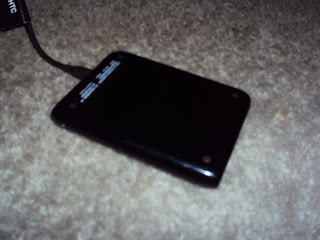 Now on to the backup process. With EaseUS it was mostly point and click. Download and install the program. Start it up, choose a drive to backup and a destination for the data. Click start. That's it. It will take a while to finish. A lot longer if you have a very large hard drive to backup. I suggest you make an emergency disk or Flash drive in case you need to restore in a...well...emergency! Coincidentally, the following day when I went to boot the laptop to finish the radio reprogramming it wouldn't boot! I had a spare 512gb 2.5" laptop drive so I pulled the failed one and installed the new one. Booted from the emergency disk and restored.

Bingo, I was back up and running in about an hour, with additional hard drive storage space as a bonus. I can't tell you how nice that was. I mean, it's always a hassle when a hard drive fails, but when you plan for it...not so bad. Of course I didn't lose ANY data because I had JUST backed up... but depending upon how often you make a backup, you may lose something. Believe me, it will be better to have the majority of your programs and data available for the restore than none at all!