Disc or Drum Rear Brakes - Are Four Wheel Disc Brakes A Must? 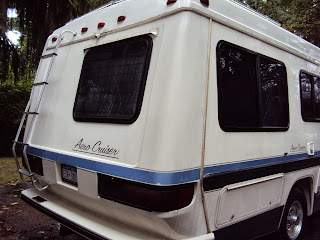 Most new RV's have Disc Brakes on all 4 Wheels. Mine doesn't. I have Discs on the front, but drums on the back. Recently I had some problems during a trip that triggered a set of brake repair woes. It's all fixed now, but I got to wondering if it wouldn't be better to have discs in the rear as well. There are kits available to make the swap (Around $400.00 for the parts plus labor) but is it really necessary? I mean I just replaced all the worn out parts in my rear drum brake system so they are working quite well now. Should I (or You!) make the swap? Is it beneficial...I mean is it?


By way of background, during a trip I noticed a slight leak on my rear wheel while I was stopped for gas. I should have looked MUCH more closely. 12 hours later, my brakes failed. Well not all of them. Just one. The rear right drum's actuation cylinder ruptured and I lost most of my brake fluid while trying to get stopped. NOT FUN when towing a trailer. I did get safely stopped in a rest area and used Google to find local mobile repair guys. Called a few, one got back to me in the Early AM and promptly came out to look. We determined I could drive the RV, with a very low pedal and only front brakes the 1.2 miles to their shop. Long story short, I was stuck for 2 days waiting for parts to arrive. They did, and it was repaired. Of course, this could happen with disc brakes as well. A hose or steel line could rupture and the same thing would have happened. But....maybe the parts would have been easier to source?

Let's take at look at drums versus disc brakes. In a drum based system, the friction pads (that's what stops you when you apply the pedal by converting kinetic energy into heat) push out onto the inner surface of the drum. Disc brakes squeeze a thin metal disc with friction pads. Drums are all internal, discs are external. Meaning you can see the pads and the surface they push against. The main enemy here is heat buildup. Drum brakes will work fine until they are so saturated by heat that they "fade" and lose their effectiveness. Once cooled down, they will work again. That being said, since they are heavy iron construction, the cool-down could take a while. Discs are out in the open air, so they cool quicker. They can still become overwhelmed by heat, but it's more difficult and they cool rapidly to restore effectiveness. So discs are better, right? Well not necessarily.

In most vehicles, the front brakes account for 60-90 percent of the overall stopping power. Current (beginning in the 1980's) drum brakes were more than up to the task of stopping the other 40 to 10 percent. In my case, 85% of stopping power is accounted for by the front brakes with only 15% delegated to the rear drum setup. So is it really a necessity to changeover? In addition, there is a device, called a proportioning valve that modulates the front/rear braking force (bias) and it's expensive if you need a new one, To swap to discs in the rear I may need to buy and adjust this as well. After much thought...No, it isn't. Perhaps when the rear shoes wear out or another failure occurs I will reconsider.

But, since I just spent a lot of money on an overhaul of the rear drum brakes...I'll stick with them. Besides, they have always stopped my RV without a problem...well, unless you count the day they failed!