Can You Have Your Sliced Bread And Eat It Too? - Low Carb/Calorie Bread??? 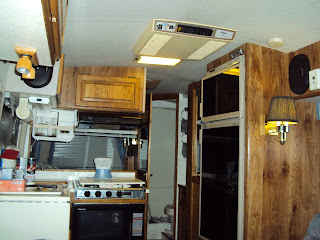 "The Best thing Since Sliced Bread!" That quote lives on and on. Back in the day, buying a loaf of bread meant having to slice it at home. Then, miraculously, you could buy one pre-sliced into perfectly even slices. Amazing! Well, at the time, it was. There's nothing I like better than bread...especially squishy bread that's moist and delicious. That being said, I'm still on my carb-restricted diet, so that stuff (and many of my other favorites) are off the table, so to speak. I have been pretty successful finding low carb and tasty substitutes for various things, but good tasting bread wasn't one of them. until now! 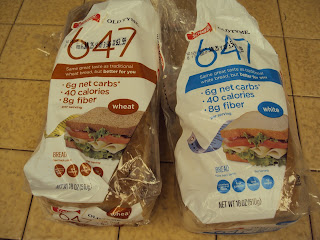 While wandering through my local supermarket, I stumbled across a loaf of white bread that boasted on 6 grams of carbs per slice and (only 40 calories!) I was amazed...it really did seem too good to be true. So, of course, I bought one of each type....white and wheat (Italian was sold out!). I couldn't wait to get home to try it! It's been almost 3 YEARS since I've eaten a piece of bread! I know...seems incredible....even to me. But here was the solution, in my grocery bag...I hoped. So many, "so called" substitutes for things are not even pale imitations of the real thing. A perfect example is the noodle or pasta. So far I have found nothing that truly compare. So my expectations were pretty low for this bread. 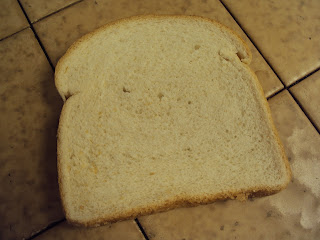 Once home, I opened the white bread bag first. OK, so it sure smells like regular soft white bread...and it looked good too. None of that weird texture of gluten free products. I picked up a slice, felt like a slice of white bread. Looking closely it even appeared to have the same structure at the baked dough level. Could this be real? I took a bite. OH MY! It was...it tastes just like bread with over 15 grams of carbs! It wasn't even the "skinny" slice that many dieters are used to seeing. Full thickness! I grabbed a piece of cheese and ate the rest. Delicious. 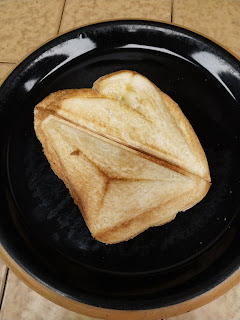 What about toast? I REALLY like toast. I've spend an inordinate amount of time trying to find the best way to make toast on the road with limited electricity. It has become less important since I stopped eating bread....but not anymore!  I put a slice in the toaster and VOILA! It was toast. Seems so simple, but good toast is one of life's simple pleasures. Now I can have it again and so can you! The final test? I have a sandwich toaster that I used to use all the time. Two slices (or four at a time and it will toast and seal the edges while cutting the end result into two diagonally cut halves. Usually I put in some cheese (Swiss or American are favorites) and just eat it. Even better with soup. OK so I can't have 4 slices without some guilt, but when you haven't had a single slice in a long time. TWO is total decadence! Well, the test was a complete
success! When I pulled the pieces apart I got an ooey gooey string of Swiss cheese...Amazing! It's made by Schmidt Old Tyme Bakeries and it's called "647." I have NO idea why, but I don't care...it's great! The supermarket charged 3.99 (3.49 on sale) a loaf. Worth EVERY penny!

I'm back baby....one more of my favorites is back on the menu. It DOES have far more dietary fiber than a regular slice and I was worried that may have affected me badly. But it didn't! Perhaps it's indicative of folks considering their health and weight more, but I have seen more products surfacing that cater to low carb and healthy diets of late. Perhaps it's a trend. I'm OK with that.

Be Seeing You...Down The Road.