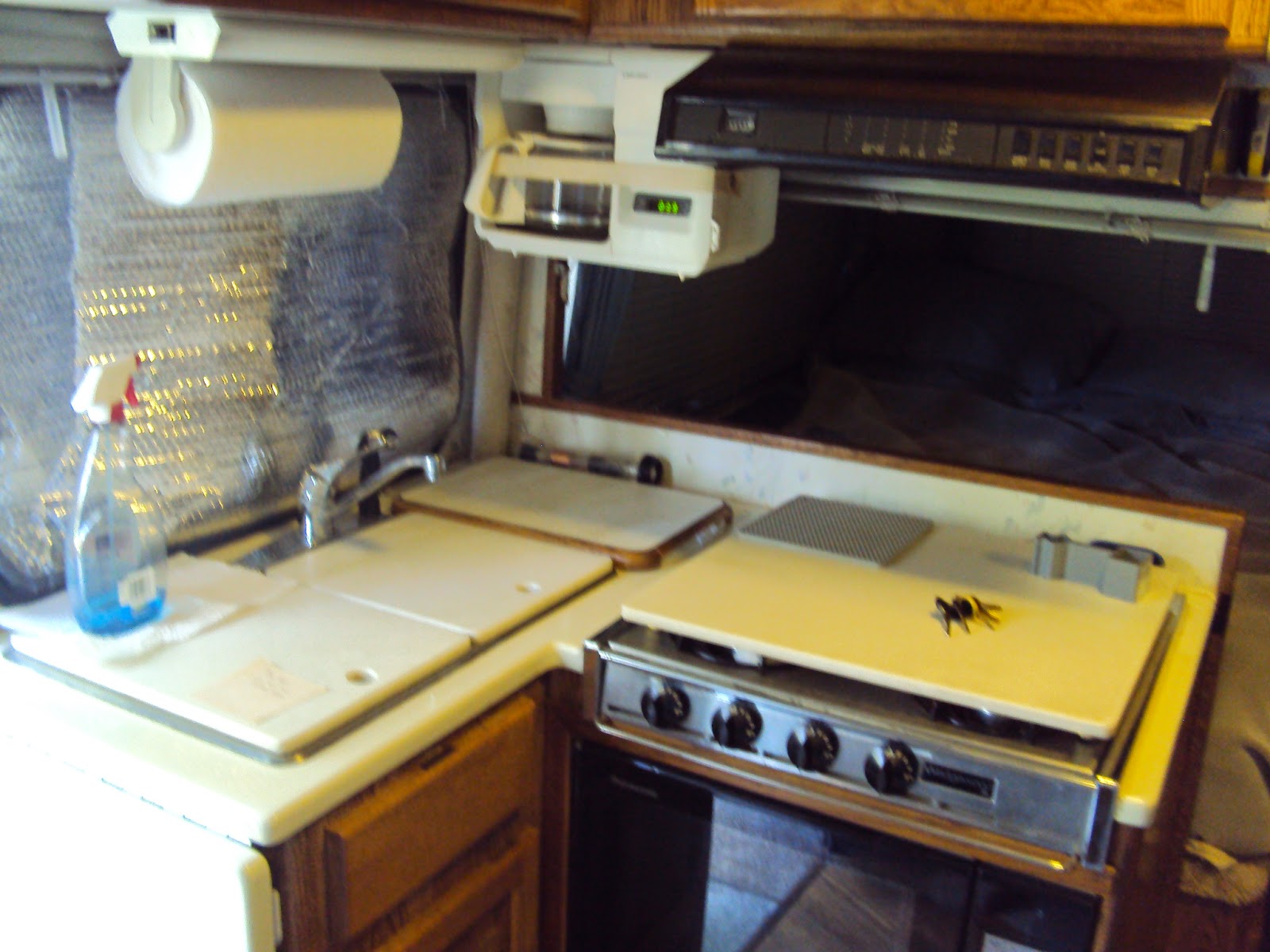 I use a hand-held stick blender. Sometimes called an immersion blender. Instead of a giant glass or plastic pitcher it can be used in any container...even plastic bags! Obviously it takes up far less storage than its' counter living brethren.  Even so, they do take up some space since they are long and usually a bit odd in shape. I roll mine in a small towel to keep it in place in one of the overhead cabinets. It would be awesome to have one of these that I could easily store in the RV and would run on some kind of DC power. Never thought it would happen. But it did! Sort of... 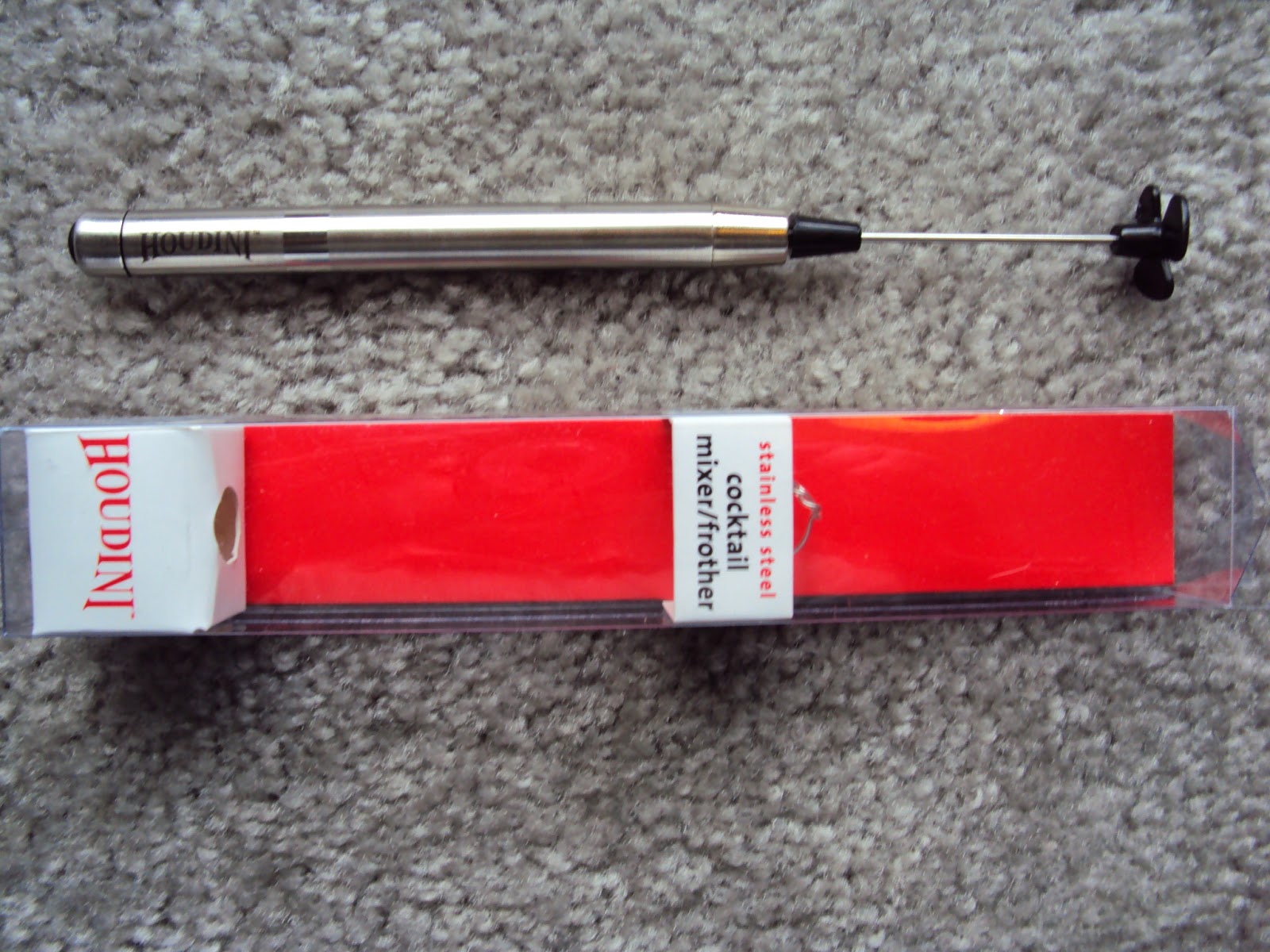 While perusing through a liquidator shop I stumbled upon a tiny one, billed as a "cocktail frother." Looked a bit too good to be true, but at $1.99...Why not? I'd never seen a battery powered one, only the "normal" sized 120V AC versions. Well after getting it home and looking it over, it was fairly obvious it would never completely replace the regular AC powered stick blender. With only 2 AAA batteries powering it, it simply cannot be used for chopping things up or pureeing anything solid. That being said, it WILL allow you to do a whole bunch of cool things.


My basic test was making whipped cream from a pint of heavy cream. I put the stainless steel vessel in the freezer for a few minutes, opened the pint container, got the vessel from the freezer, added a little bit of sugar, some vanilla and the heavy cream. Then placed the rather boat propeller shaped end into the cream and let it rip! Well, it bogged down almost immediately. Hmmm....Aha! You really should only put half of the "prop" into the liquid, this way it's introducing lots of little air bubbles into the mix. After learning this important lesson (and getting lots of cream splattered all over my shirt!) I tried again. It took a while, but did make whipped cream. Not as thick as i usually like it, but it was OK. Truth be told, I wouldn't use it for this again. Back to the Drawing board. 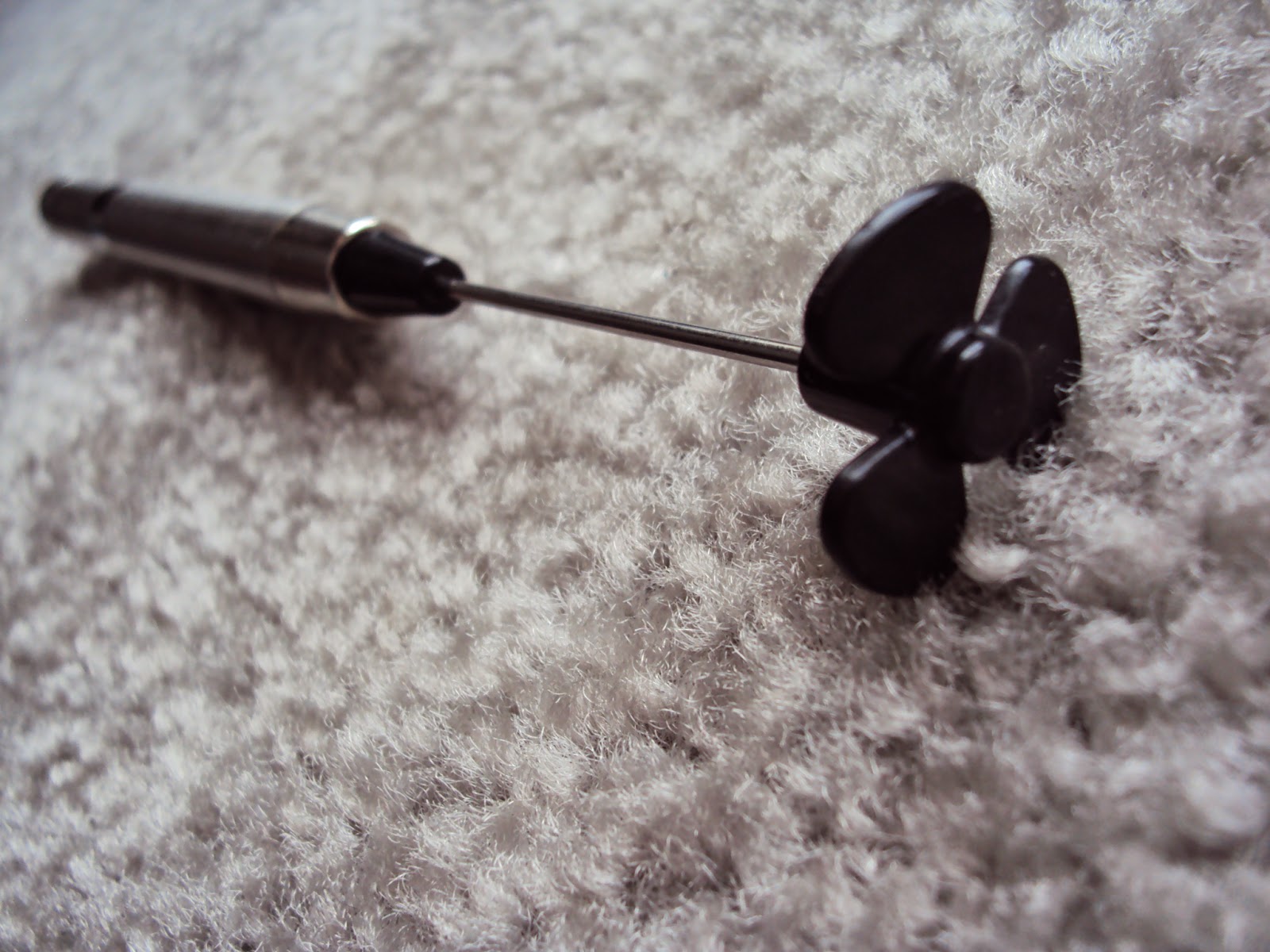 Now, the brand name listed on this frother is "HOUDINI" so I should, at the very least, be able to do something magical with it, Right? Well I found something it does REALLY well. What is that, you may ask? Well, it FROTHS! I made a simple cup of coffee with some half and half in it (and a bit of sugar) just the way I like it. Wouldn't you know it, the frother was just laying there on the counter. I figured, "What the heck?" and let it rip in my hot coffee. After about 10 seconds there was a rich and thick froth both on and in my coffee! It was delicious! I'll wager it will work in all kinds of drinks, both cold AND hot, Cocktails too!

Just goes to show you, sometimes the packaging can actually be TRUTHFUL. I look forward to using this little beauty on lots of trips. Everyone who reads my articles KNOWS I am a big fan of coffee...I wonder how well it would work on steamed milk??? Or with iced coffee....I guess we'll have to try it when i get back out in my RV...