Santa Was Very Good To Me This Year! - New Gizmo!

Great stuff for my RV! I'll admit I enjoy giving gifts far more than receiving them. But when it comes to cool new things for the RV that I can use on my travels next season I am always amazed at the finds my family and friends come up with. They are all the best! It has GOT to be difficult to find me gizmos, gadgets and labor savers by now! I try and find them wherever I go.....and aren't always successful. Let's see what Santa left under the tree (and by the fireplace) for me this year....

Lots of clothing. Lounging around wear (perfect for the RV!) Sweaters, jeans, shirts, shorts. I almost have enough to build a brand new wardrobe. Like most guys, I rarely buy clothes. Preferring to wear the old ones into the ground before replacing them. They're COMFORTABLE! Now, that doesn't mean I don't have business wear as well, but they don't get used as much. Who doesn't have a perfectly worn in pair of jeans that's become a favorite??? 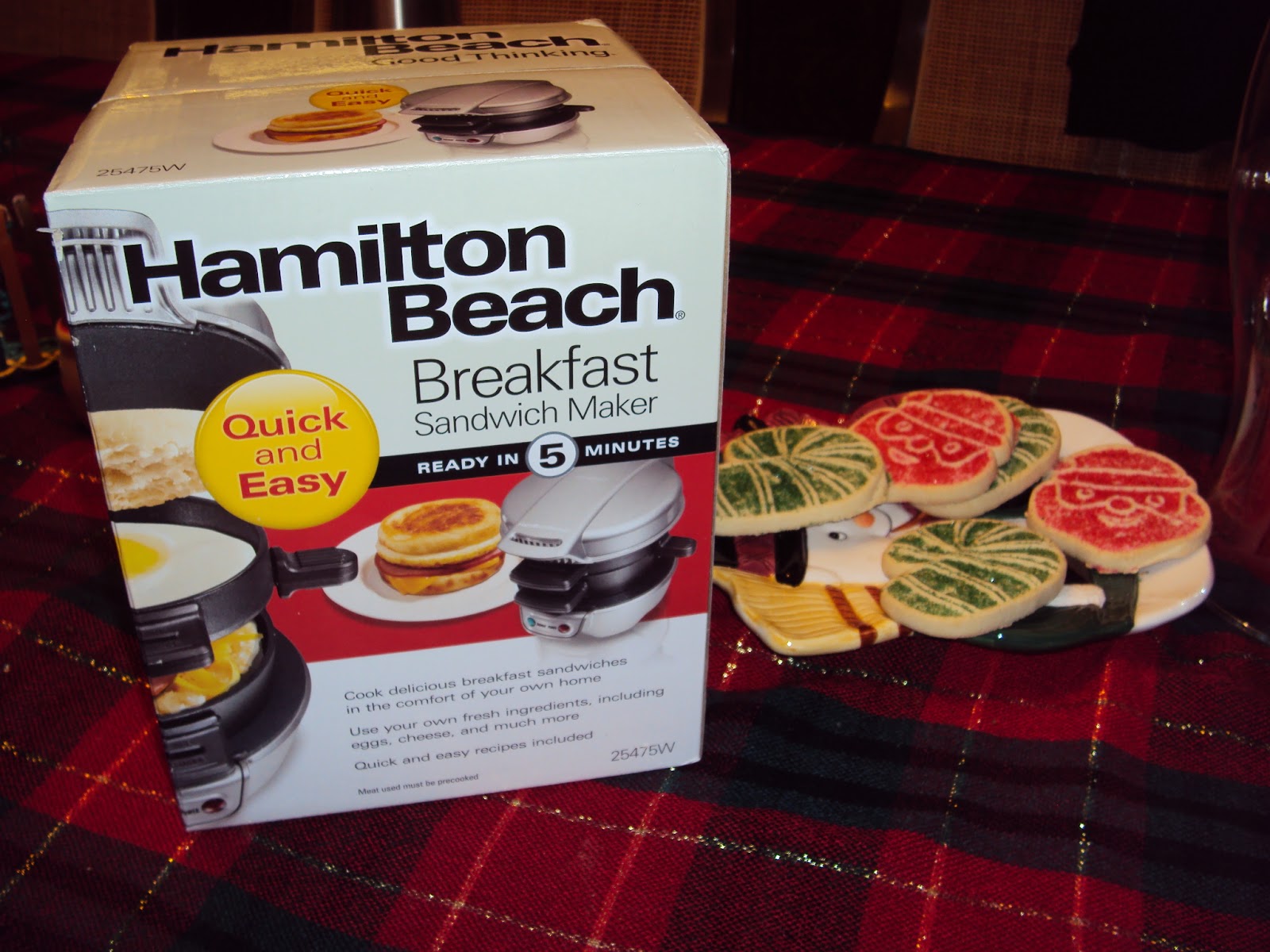 Then there's this thing. Most of you know, I like making fast food style Ham, egg and cheese sandwiches (on English Muffins, of course!) Heck, I even wrote an article on how to do it on an RV trip. Now I have an appliance that does it exclusively! I gotta tell you, it looks cool. Not sure if it will work as well as it claims too. I had a microwave one that claimed to make perfect Ham, egg and cheese...not so much. It was a real pain to use and even more of a pain to clean up. (It received one of my rare bad product reviews!) This one looks far better thought out. 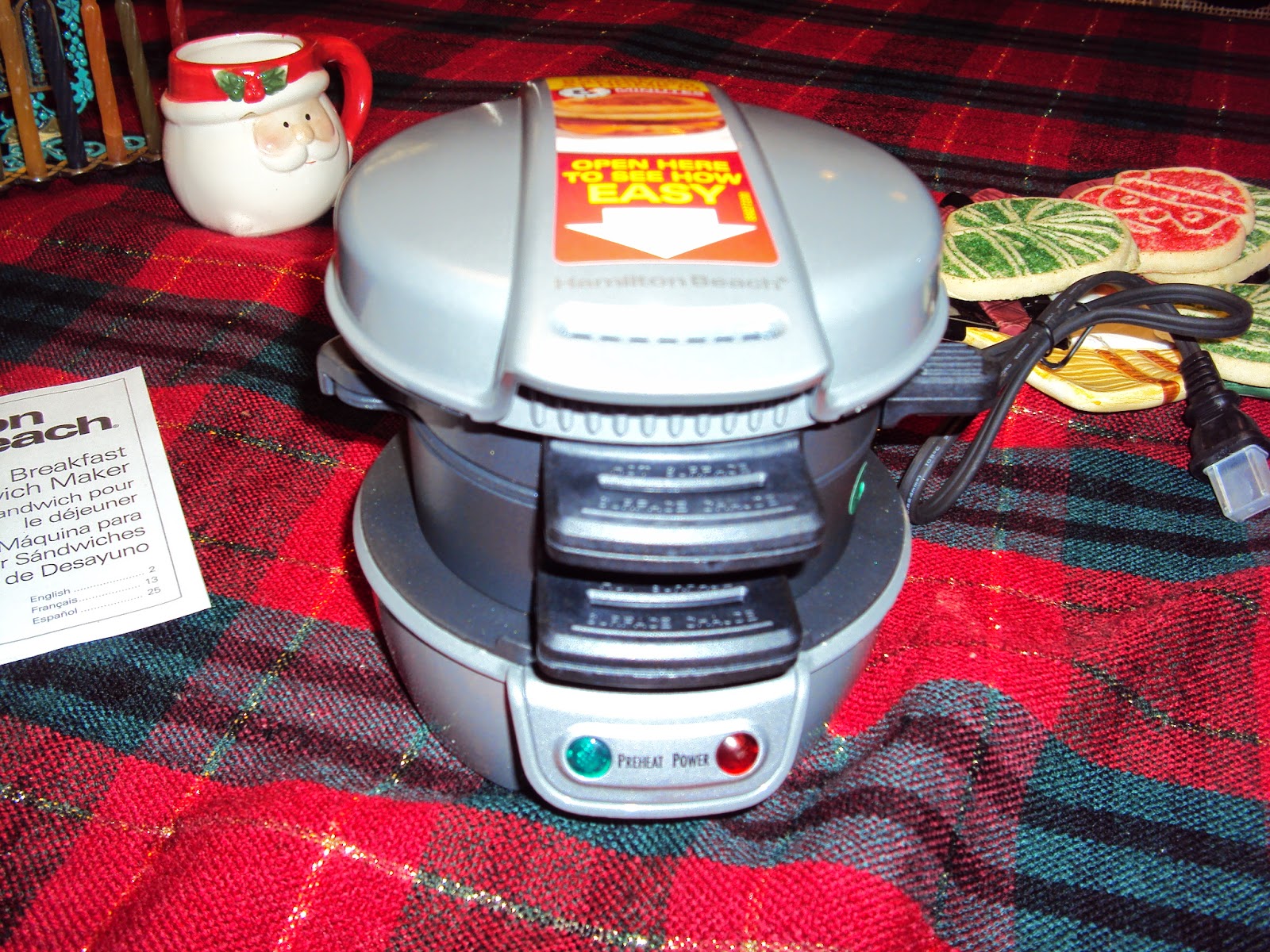 It's electric. That in and of itself may relegate it to the house as I don't have lots of 120 Volt power to spare unless I run the generator. I spent a lot of time and energy designing a Solar Charging system to avoid using the generator on a regular basic. (Heck, I even did another series of articles fixing the problems with the first one!!) When I test this gadget out, I will figure out just how much power a full cooking cycle uses and go from there. It may not be all that much....we'll see. At least it has  "cook" and "ready" lights 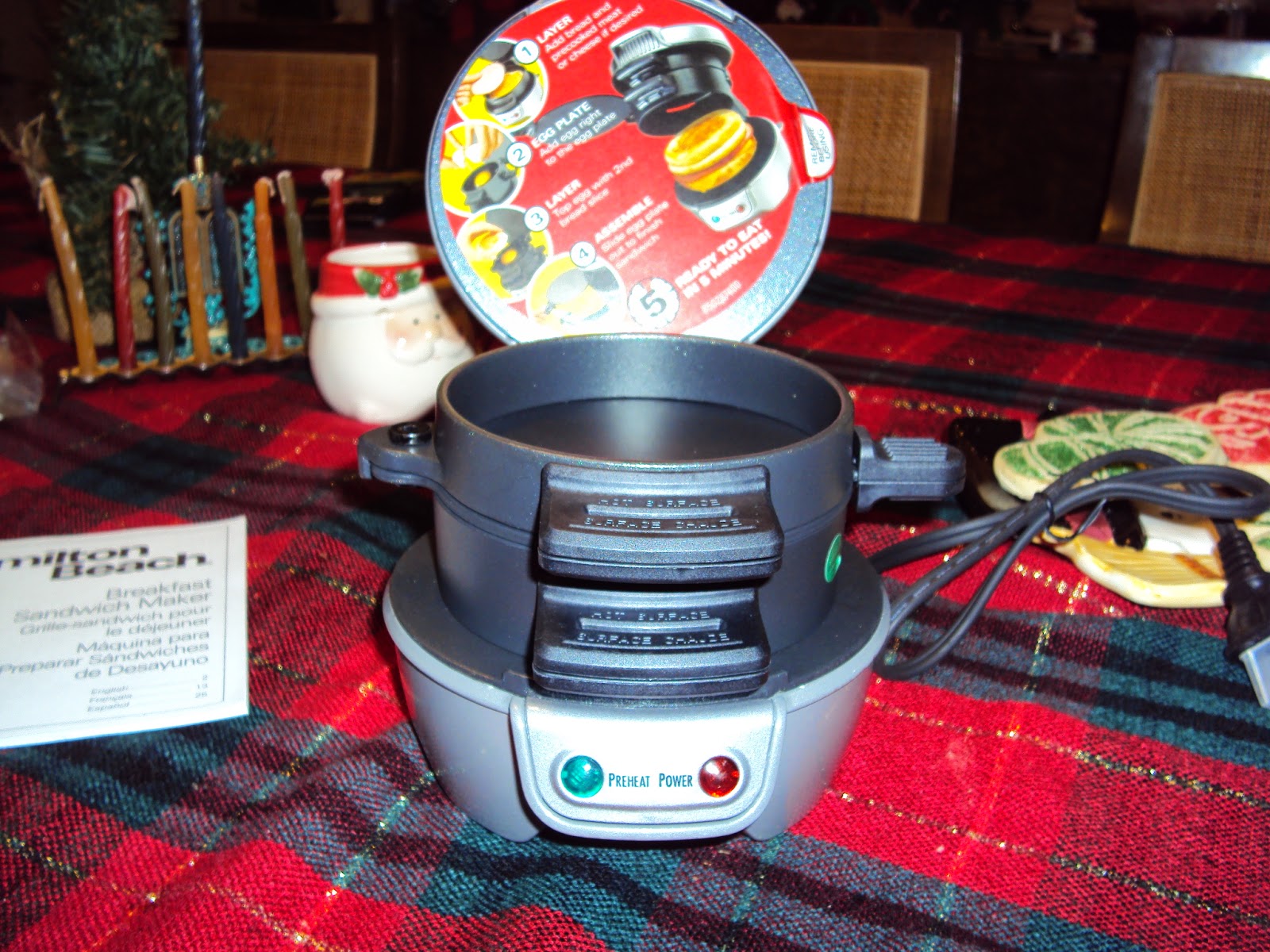 The idea is you build the sandwich from the bottom up. Into the first movable ring (that sits on the base) you place the bottom of the English muffin, then the cheese, then any meat (I like ham) you'd like. Pull down the next ring and crack an egg or pour in some egg-beaters or egg substitute This ring has a sliding bottom that is designed to slide out of the way and deposit the cooked egg on the bottom layers. Finally place the top of the muffin on the egg and pull down the top. It just rests there and will (supposedly) rise as the egg cooks.


They say five minutes and it's done. We'll see how it works. I have NEVER seen this gizmo before. It fascinates me. Then again, most mechanical things do!

**OK. It's now Christmas Morning and I have had a full test run on the cooker. It works. Sort of. The one I have has a malfunctioning "ready" light, so it is unclear how much time it really takes to preheat. Cooking indeed takes 5 minutes. It uses around 550 Watts at 120V of power, so figure around 4.6 Amps at 120v or around 50 Amps at 12V (figuring the Inverter is around 87% efficient) With around 10 minutes or so of total use time that works out to 1/6th of 50 Amps which is around 8.5 Amp/hours out of your battery bank. Doable....but since it's morning, your batteries will be at their lowest of the day (especially if you have used your furnace all night.) These numbers are "back of the napkin" calculations, so don't look for absolute accuracy here. rather a guideline for power consumption. While this thing works, I'll stick with my original recipe using the microwave egg cooker....less stuff to store and carry on trips.

To all, Merry Christmas and Happy Holidays!! I have a feeling Santa will be back tomorrow. That's when I usually get all the chocolate and snacks delivered. Since I am dieting (and losing weight) he's a bit of a bad fellow for tempting me!