When LEDs Die - How To Diagnose Bad Bulbs 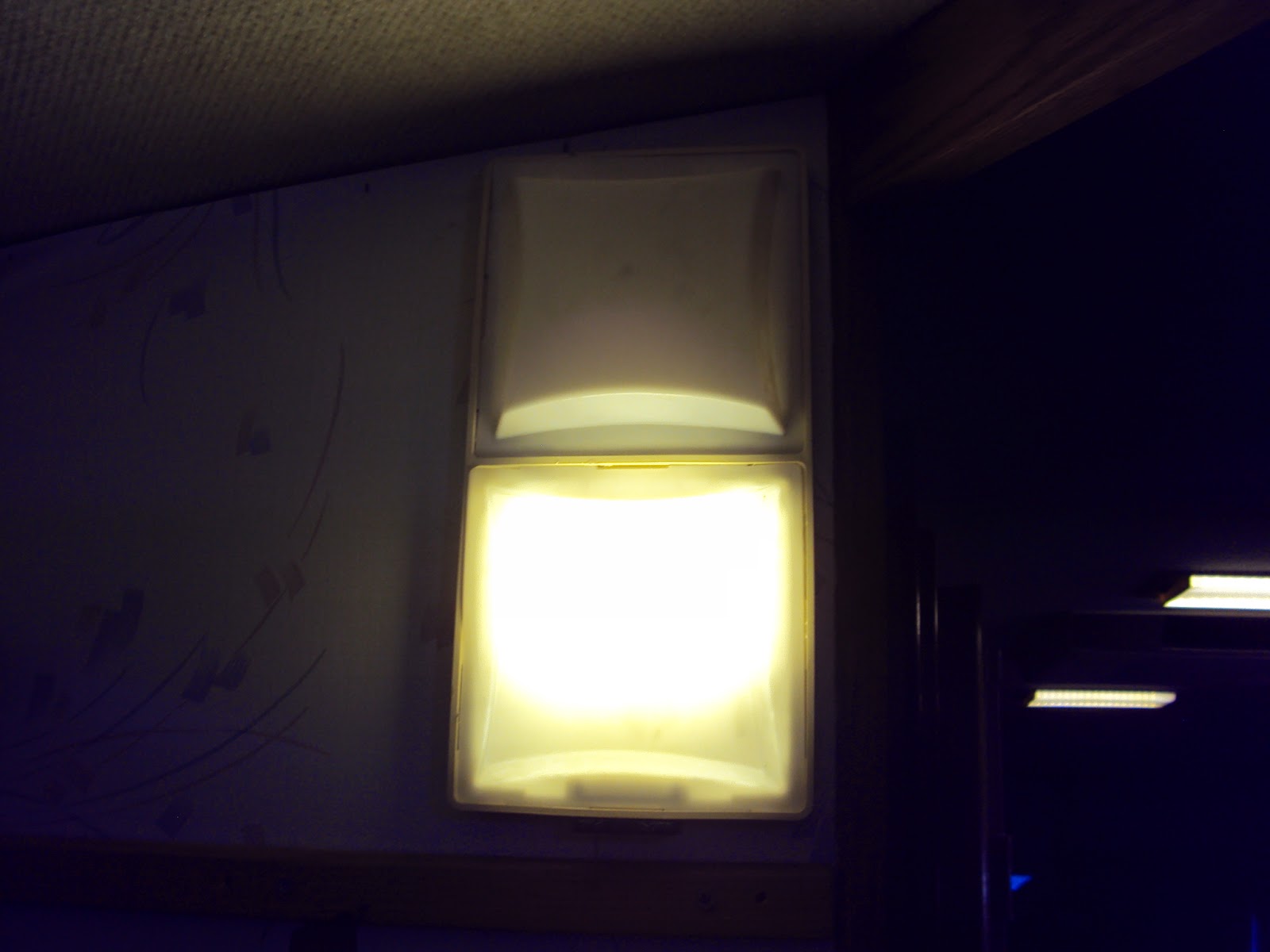 I am a HUGE fan of LED lighting. If you choose the right bulbs (I prefer Warm White) you can substantially reduce your energy use. If you boondock a lot, like me, this is a blessing. Use less power...stay longer without using your generator. If you have Solar Charging, you can design a system that will allow you to stay indefinitely. Well, as long as your water and black tanks hold out! I had replaced all my incandescent light bulbs a couple of years ago, the other day I noticed that the one in the bathroom dual fixture was not turning on reliably. Hmmm, now what?

First, open the fixture. The one I have simply has a plastic translucent cover over the bulbs. Squeeze it a bit at the edge and it pops out quite easily. Since the light needed to go all in one direction, I chose the LED bulb style that has 42 LEDs facing the same direction mounted on a plate. Wires run from the plate to a bulb base that replaces your existing bulb. You then peel the sticky tape on the back of the plate and adhere it to the fixture. Tuck the wires out of the way (I used a piece of Gaffer's tape to stick it to the reflector) and you're all set. Of course, test the light placement first! (Don't ask how I know...)


I turned the light on (of course it worked fine now!) then wiggled the socket a bit. It turned off and on! AHA!! found you! I removed the bulb base piece, cleaned the socket with some sand paper and re-inserted the base. Still intermittent...hmmm...Why? It then occurred to me that the tape had let go and the LED array (the thing on the plate) was just wedged between the reflector and  and the bulb cover. When I opened the fixture it fell out, tugging on the two VERY small gauge wires. When I played with the wires a bit, the light turned on. AHA, Again! I would just remove the base completely and wire it directly into the socket. Bad move. Once I cut the base off and then stripped and connected the wires, the light looked "wrong" it was much brighter and had an odd color. It also heated up FAST! Soon a bunch of the LEDs were flickering and going out. I shut it off immediately, but the damage had been done.

I have no one to blame but myself. "Haste makes Waste!" Nothing said could be truer. If I had bothered to look IN the base, I would have noticed that under the epoxy filler, there is a tiny circuit board. This device regulates the amount of power going to the LEDs. Without it, whatever comes out of your RV 12V power system goes into the bulb. My batteries were charging, to almost 15V scorched through the LEDs and caused them to overheat and fail. I probably could have simply removed the epoxy and re-soldered the wires and all would have been well. Live and Learn. I have a replacement coming from the dealer. It's an exact match...I hope. I also ordered some cheap ones that are similar off e-bay. Just in case! All of them say they can run on 8-30 volts. Perfect for RV use. Of course, if you hit 30 volts on a 12 volt RV system you have other issues! (FYI: The 30 volts is typically used on a 24 Volt system) 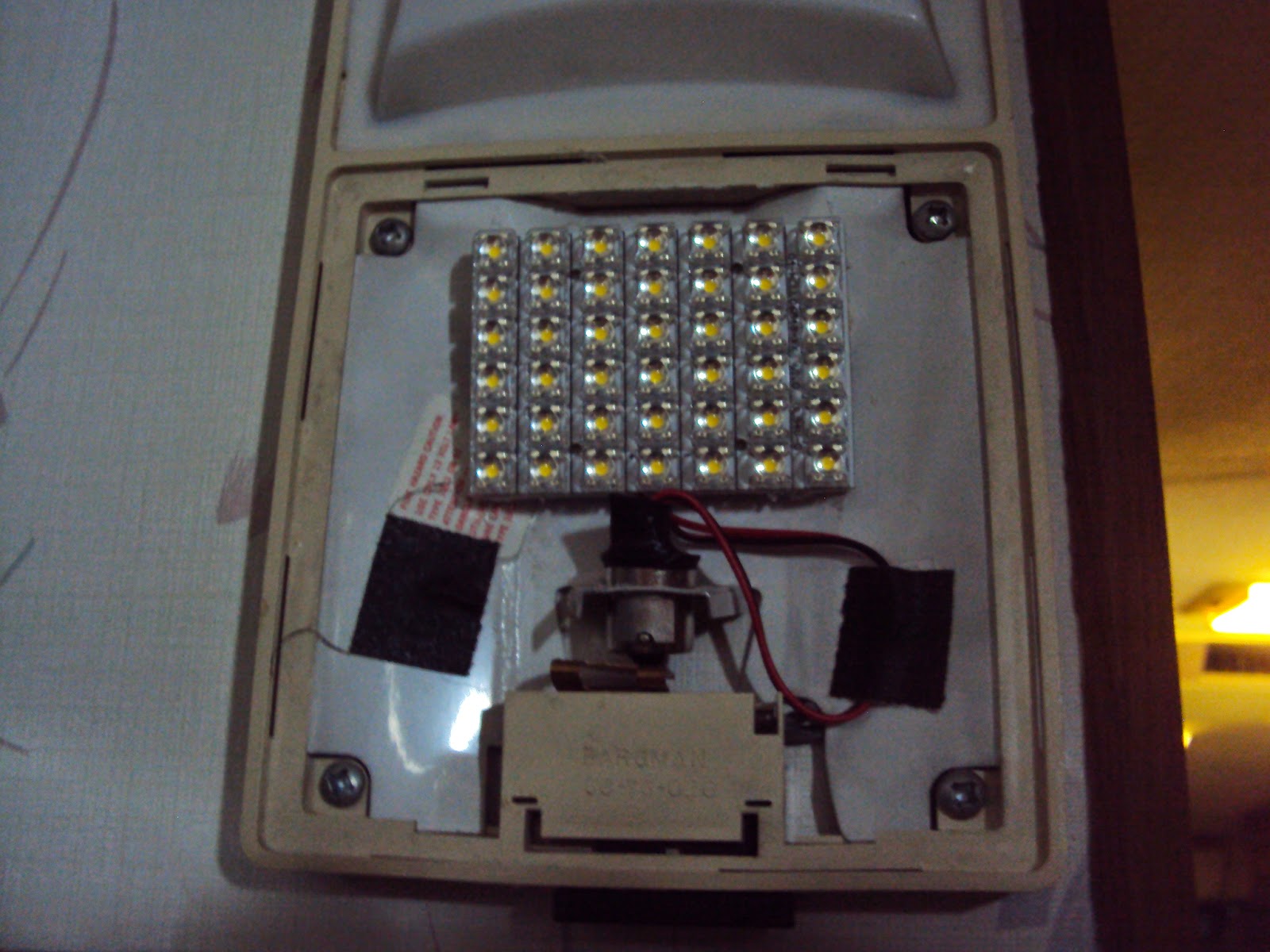 After receiving the replacement, I re-installed it using the basic idea. The new one has the peel and stick tape on the back, PLUS 4 pads of 3M VHB backed velcro. Obviously, I am NOT the only one that had heat related sticking problems! There is also now a warning on the bag telling you NOT to wire it directly. Sure, NOW they tell me! I also noticed the wires are slightly heavier duty. Hey, being an early adopter has its' downsides. No worries, all fixed now AND I've learned an important lesson (Again!) Look before you leap. Observe, Analyze, THEN Act!)

Moral of the story? Just because something appears to be broken one way....it may be broken in another. LEDs are fantastic additions to the RV universe. They work very well most times. Just like anything else....you've got to know its (and your) limitations!

Be Seeing You...Down The Road,
Rich "The Wanderman"
www.thewanderman.com