What Is It With All These "Special" Screws! 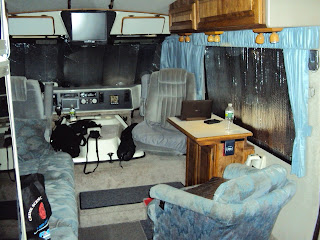 Seems that every time I need to open up and repair anything bought within the last few years I need some kind of special tool. It's getting crazy. I have about 30 single purpose screwdriver tips that I had to buy just to be able to open the various devices. I remember when the, so called, security screws were there to prevent tampering with sensitive or dangerous innards. That I can understand, but replacing the AAA batteries on a flashlight shouldn't be all that dangerous! Luckily, I have found some inexpensive screwdriver bit sets that cover most of the security screws I have encountered so far. 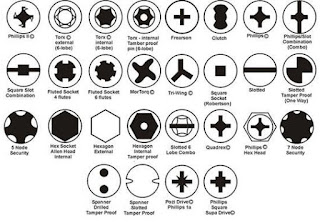 I began by doing a quick search online for security bit sets. Oh my! There were a TON of them. The trick was having the largest choice in a variety of sizes to fit the most screws. There are few things more frustrating than having the correct type of screw bit in the wrong size! Believe me, it's happened to me so many times I have lost count. Amazing what a regular flat bladed screwdriver on a crazy angle will actually open. Of course, when it slips across the screw head and stabs you in the hand it isn't so great. I have the scars to prove it! So, back to security bit sets. 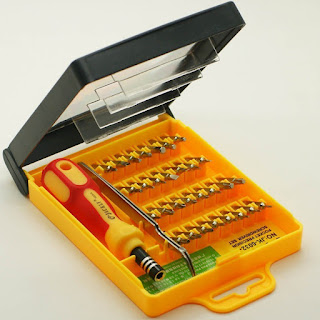 After narrowing the field down to a select few, I decided to order two of them and directly compare them in person. One was a set with 32 bits and a handle all in a plastic carry case with a clear lid so you can see what's inside. When opened and flipped over, the lid acts as a stand. It had mostly smaller sizes and also included tweezers. This one was decent for computer and small electronic device projects, but since there were no larger sizes it wouldn't be my first choice. It was only 7.99 on Amazon, so not a huge price to pay. It now lives in the computer room to use on hard drives and other computer hardware. It's a nice set, but without enough uses for me to use up the space onboard the RV. I have so little to spare... 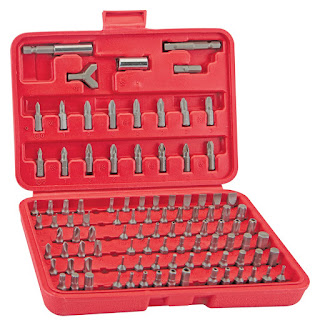 The other set was from Harbor Freight, it was the 100 piece screwdriver bit set ( item#68457). This one had everything you would need for most jobs. I am SURE there are other security screws out there, but not that I have seen. It is packed in a sturdy plastic case and contained adapters to use the bits with both a power drill/driver or a standard sized screwdriver handle. That's the only hitch. Either you already have a hex drive handle (I had several) or you need to buy one that will work. I had one that I got with a Harbor Freight "free" coupon (Item #69470) that works perfectly. This kit is only 9.99 for 100 bits. A better deal in a much sturdier case.


At some point, you will find yourself up against one of the oddball security screws, wishing you had a way to easily remove it. This is the way!