A Pressure Cooker...For Your Microwave? Is That Even Possible? 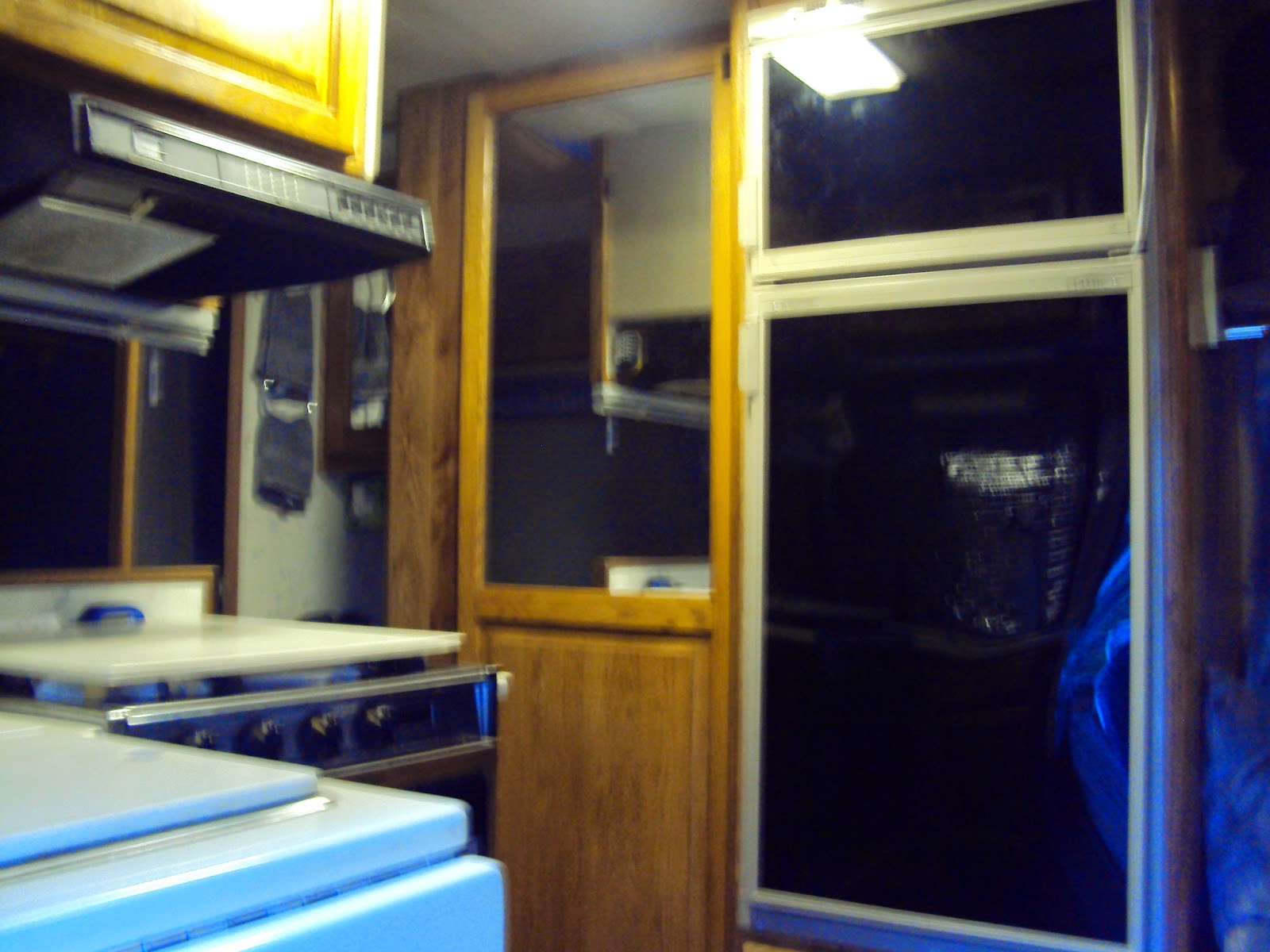 For many MANY years, my Mother has been using a pressure cooker for lots of recipes. It's become almost a tradition in the household. I'm not complaining! Some of the best and most tender meats I've ever eaten are cooked in a pressure cooker. I have always wanted to have one for the RV, but they are large and hard to store. Since I wouldn't be using it very often, I really couldn't justify that amount of space. Last year, I came across a Microwave version of the pressure cooker. Wow! Seemed too good to be true. It was plastic, didn't take up too much space and weighed very little. The question...Did it work? Well...Kind of.


First off, this is really NOT a true pressure cooker no matter what the labeling says. It's really a glorified steamer. Pressure cookers work by raising the pressure inside the container so water boils at a higher temperature. (No really...look up BOYLES LAW) Things cook faster. It works. In fact, you can cook a cheaper cut of meat until it's tender/fall off the bone delicious in WAY less time than you can on, let say, a BBQ. A little side note here...I "pre-cook" ribs with dry rub or marinade in the pressure cooker for around 22 minutes for a full rack cut in half. Then put them on the grill for about 5-8 minutes a side to get a crust. You get fall off the bone amazing ribs in a fraction of the tradition time. It's not perfect, but man...it's good! Back to "sort-of" pressure cooking, 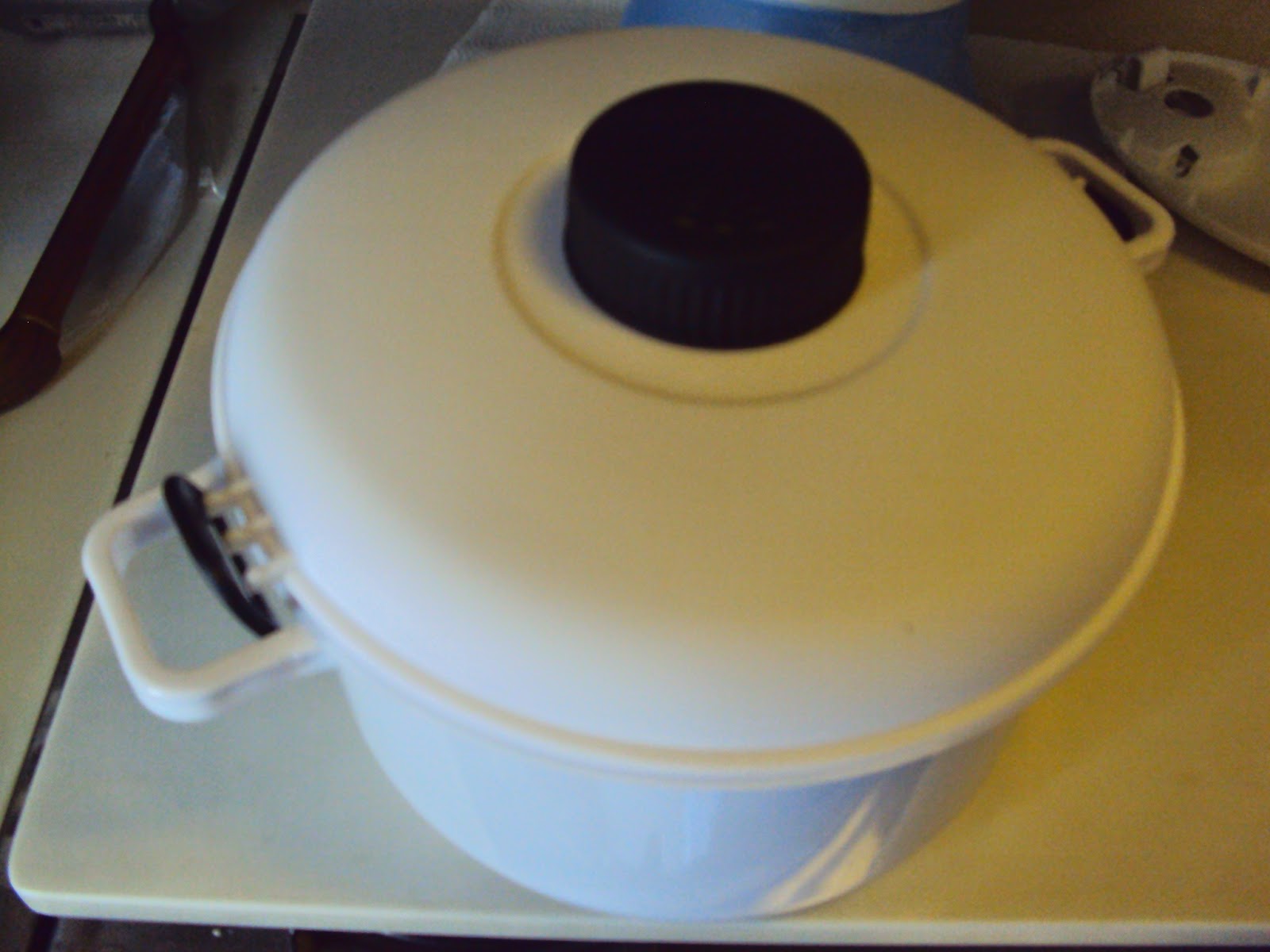 So this cooking gadget has no real way to seal the lid to the body, it does have two plastic latches, but it leaks enough that almost no pressure builds up. There is an adjustable steam vent at the top. You load in your food, add some liquid, pop on the lid and set the vent, Pop it in the microwave and Voila! you have cooked food. OK...sounds easy, and it is. But it isn't pressure cooking, it's steaming. It makes anything you can make in a steamer perfectly, every time. Likely due to the vent on the lid. I made white rice, brown rice and lots of varieties of vegetables without a hitch. 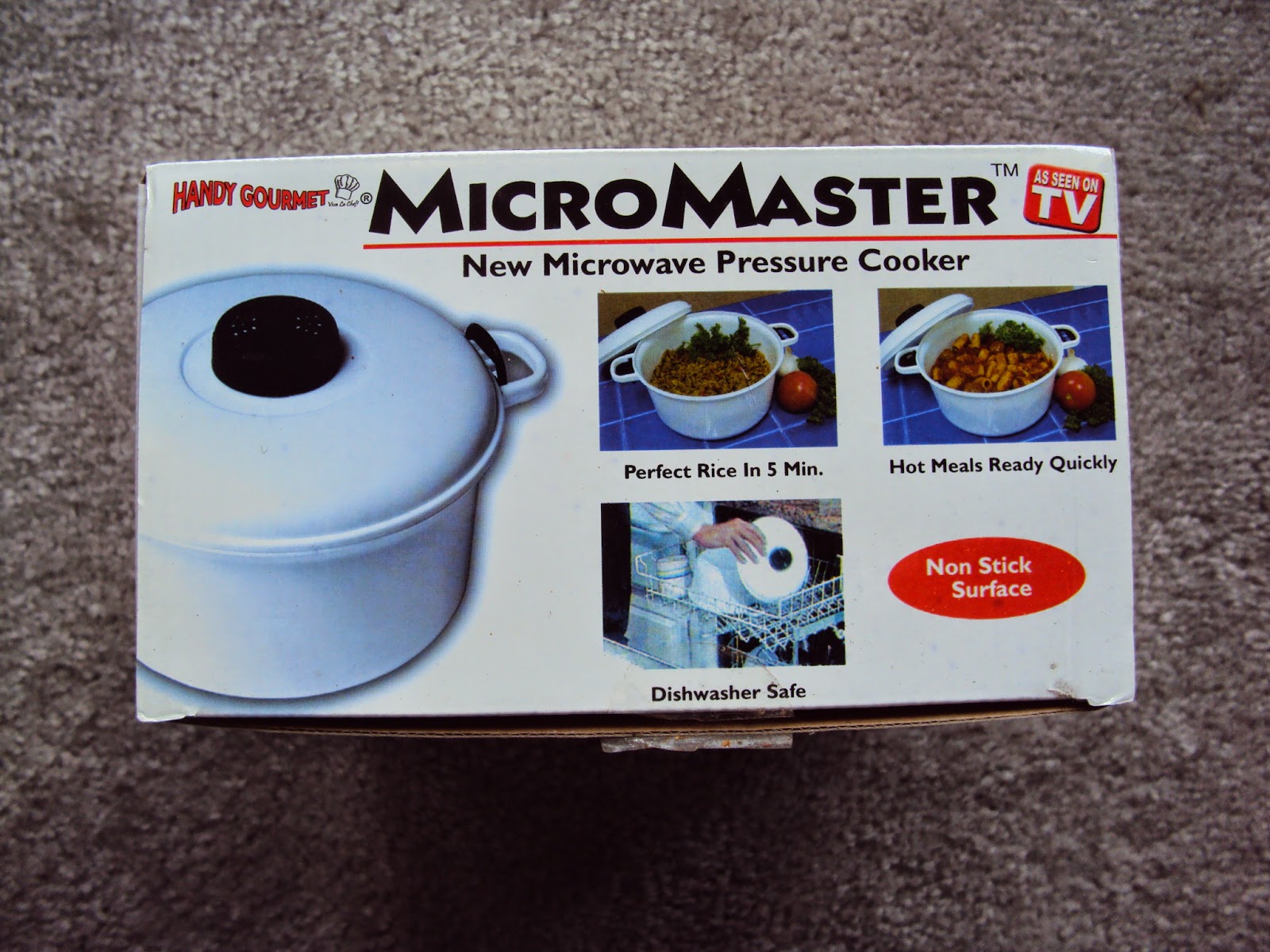 I did try a meat recipe. In a word, YUCK. It was awful. More like soup than anything else, After that debacle, I looked around online and found a couple of other devices billed as microwave pressure cookers. One was only $17.00 shipped, so I ordered it. It has a seal for the lid and really looks quite a bit different than the one I have now. I also saw one by Nordicware and one made by Tupperware...haven't been able to locate one to buy and test, but they are a lot more expensive. Looks like this story is only just beginning. There are also several Electric pressure cookers that I know work well, but I fear they will use too much power and since I already have a small one, I know they take up much more room.

As always, don't believe everything you see hyped on TV about better/faster/healthier cooking. Take everything with...well, a grain of salt.