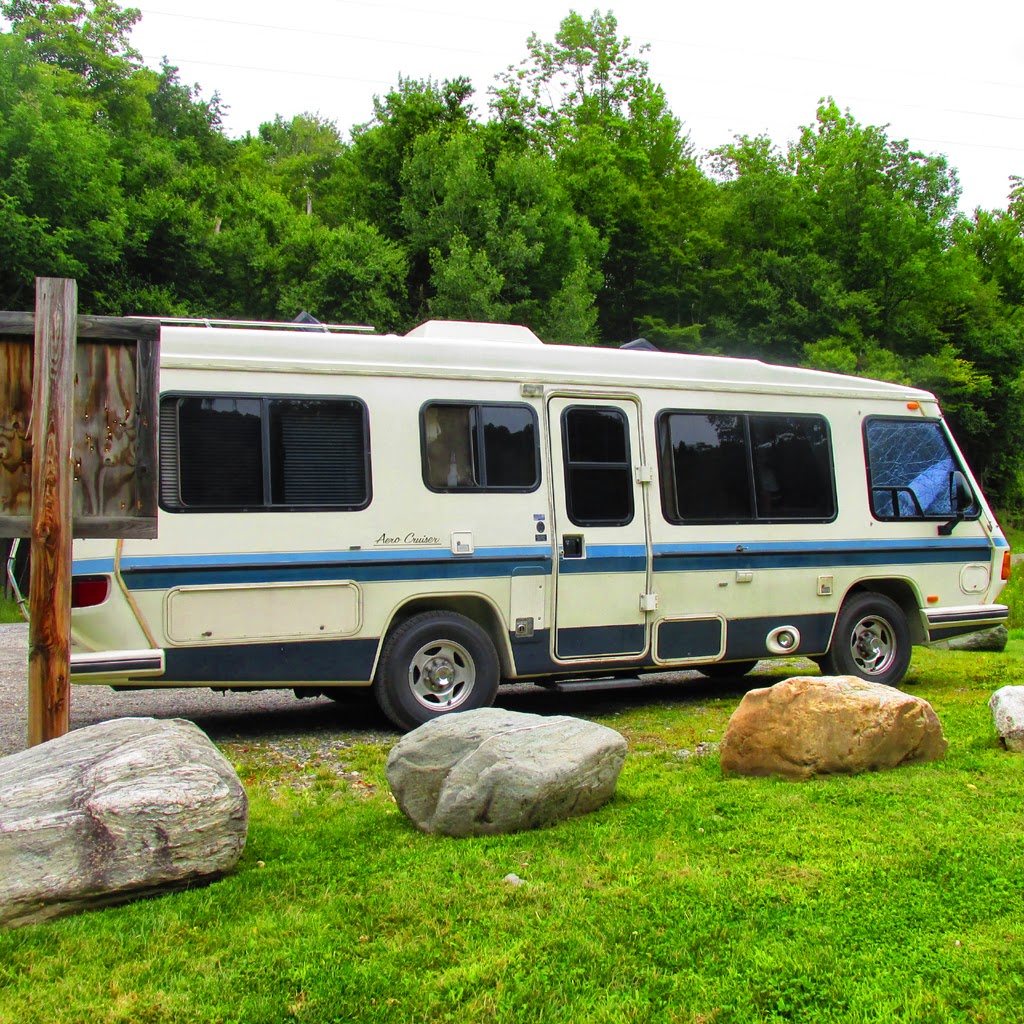 When you have a small, storage challenged, RV you tend to look for items that will fit in small spaces yet still be functional when used.

One of the things I've found I cannot live without is a table to use outside. Mainly to put the BBQ on, but for almost any purpose at all including dining. Having a large, flat, convenient workspace that will store easily in a minimum of space is a really valuable asset. Finding one that actually works is a great thing!

I've tried lots of different tables that purported to "fold up into a small space for easy storage." Most of them will fold, but they aren't easy and they still take up too much space. Until now! 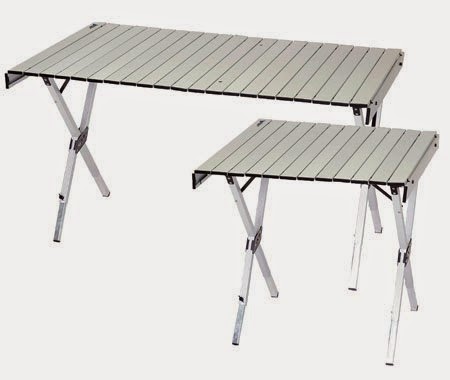 There are many folding tables out there. Some of them even work, sort of. I was looking to do better. A while ago I was at Cabela's in Hamburg, PA where they have tons of odd camping gear when I first saw this one. It is mostly aluminum with a few plastic pieces and some Velcro straps. It looked pretty spindly, but the box and description assured me that it would hold a heavy load. (60 lbs) At least heavy enough for my grill, utensils, small bottle of propane and the food! as usual, I was skeptical at first. I mean, how could something that folds up so small AND be made so light have any chance of survival in the harsh world of RV'ing???
Shows you how much I know! I took the table out of its zippered bag (it's only about 4" high by about 30" long and pulled out the legs. After they were unfolded, I simply placed the tabletop on the platform and unrolled it. A couple of "Tab A into Slot B" maneuvers and it was set up!. It also comes with a nice extension that increases the table top size from 28" to 48"! Now this was a reasonably sized table that I could use! After setting it up, I pulled out the grill and gas bottle set it all up and Voila! made dinner.

It's nice to find products that aren't really any fuss to setup and use. OK...there IS a bit of an issue. When you are done with the table, you have to fold it back up to fit in the bag. Sounds deceptively simple... I made the mistake of not remembering how it came OUT of the bag. After some trial and error (lots of errors) I realized that it will only roll up one way so the Velcro can grip and hold it closed!  as long as you don't make that mistake....it's a great addition to your RV!

Editor's note: There are several roll-up tables available at Amazon.com.