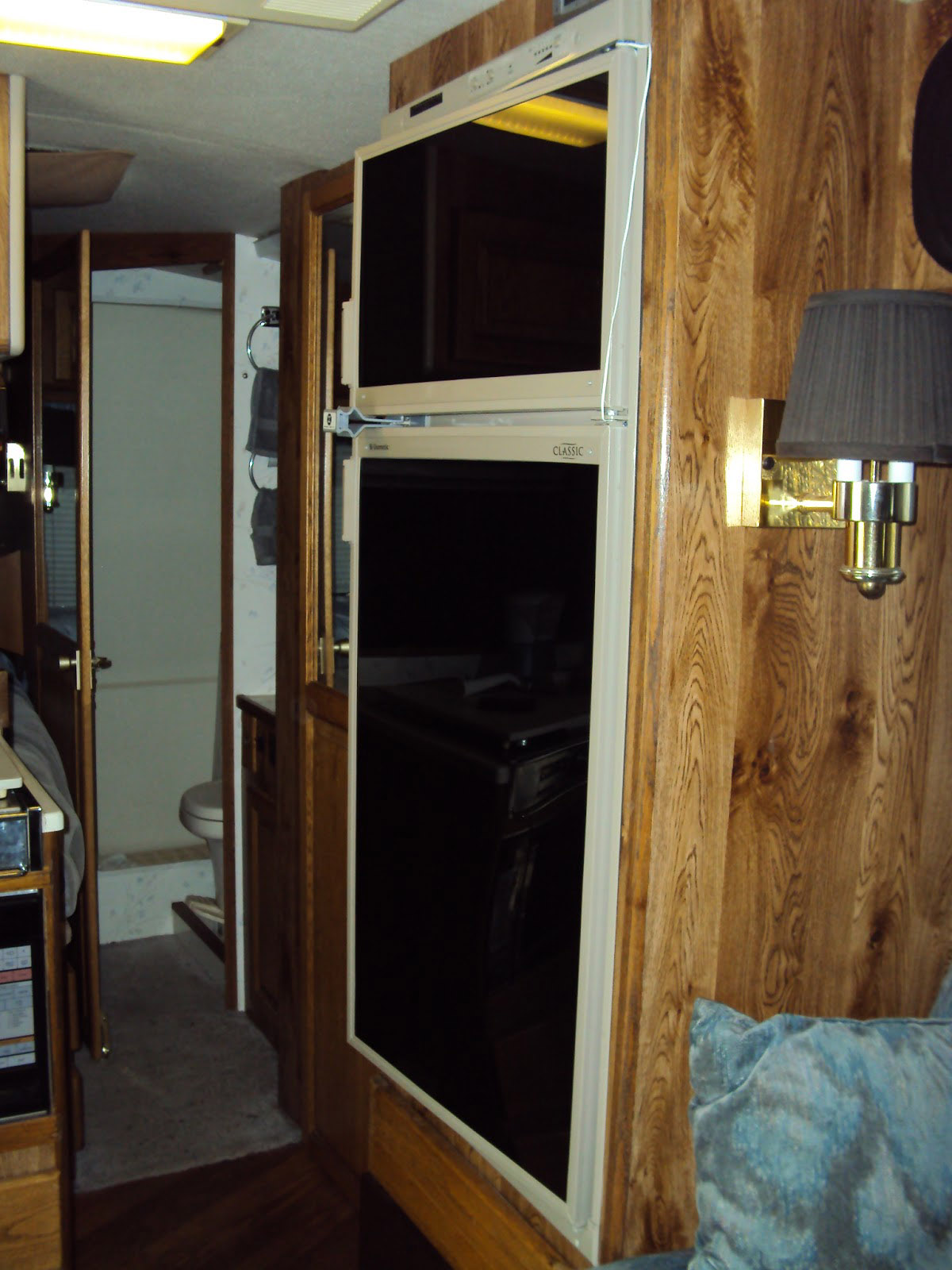 Well, I began my RV cleaning rituals this past weekend, vacuuming, cleaning surfaces and the like. Mostly I begin with the inside and work my way outside as the weather warms up. I had been inside the RV, checking on its condition all through the winter so I was confident everything was A-OK. Boy was I wrong. Two weeks ago I checked the fridge, everything was fine and dandy. This past Saturday it had mold on several shelves and my jar of olives had popped its top, spewing nastiness down the fridge door. Yup, the mold probably grew from that small "explosion." I figured it was due to the odd weather. It was in the low 40s one day, then high 70s the next. I do have one of the plastic refrigerator hold-open gadgets, so the fridge did have airflow. I guess not enough! Of course, cleaning it right away was in the cards. Not what I had planned, but as I always say, "Murphy was an optimist!" 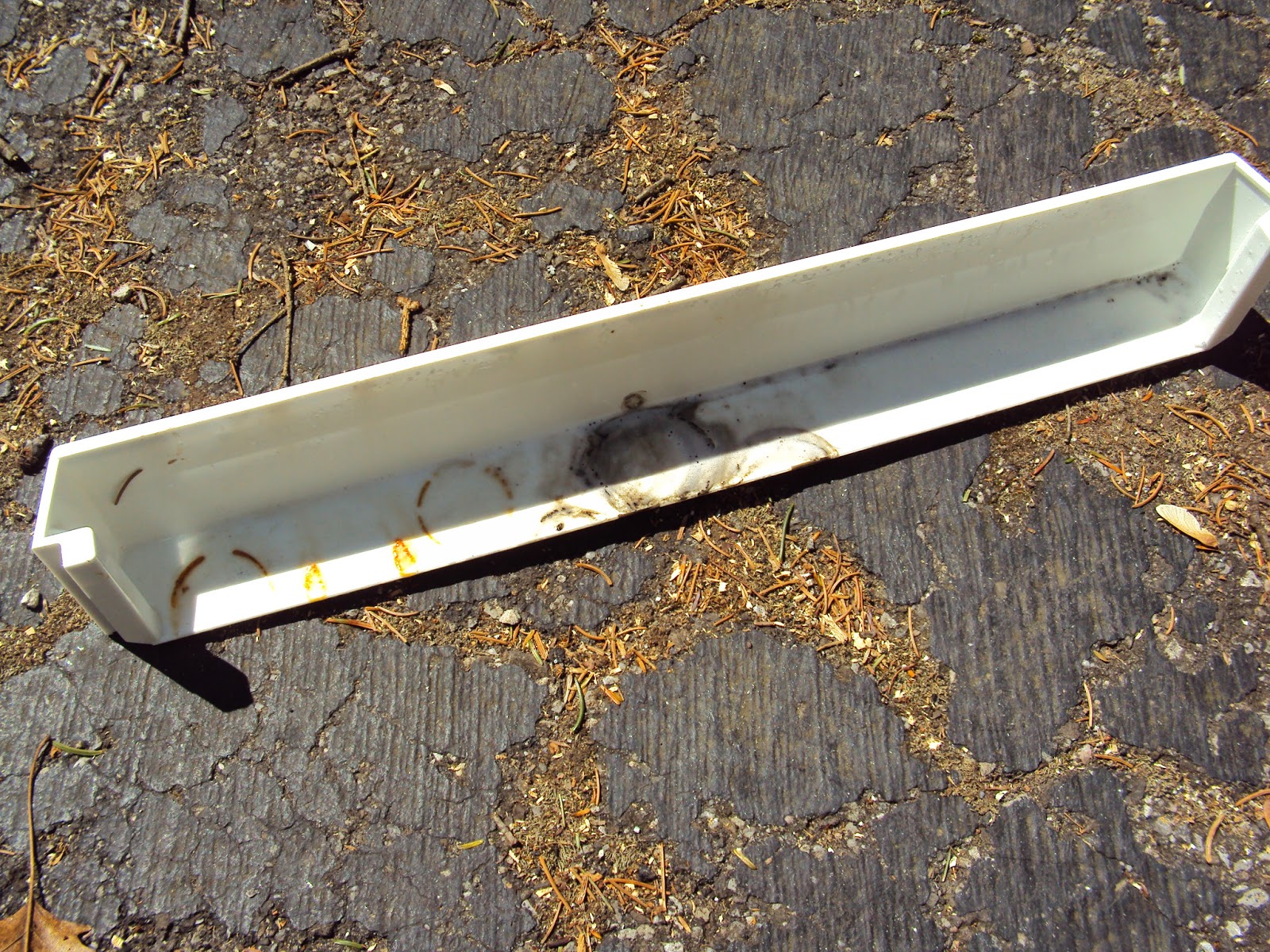 Mold is gross. Mold plus dried brine with olive bits is nastier! Thankfully the shelves come apart relatively easily and can be cleaned outside. The door ... not so much. I really don't like touching nasty messes, and having rubber gloves would have been nice. Well, next time I'll have a set! I did have some antibacterial soap and some spray cleaner with hydrogen peroxide in it, so the mold is dead. I hope. Some of the dried-on bits were hard to get off, but I let them soak for a bit in the sun and they scrubbed off with a folded paper towel. Eventually all the shelves were clean. Back to the fridge door. 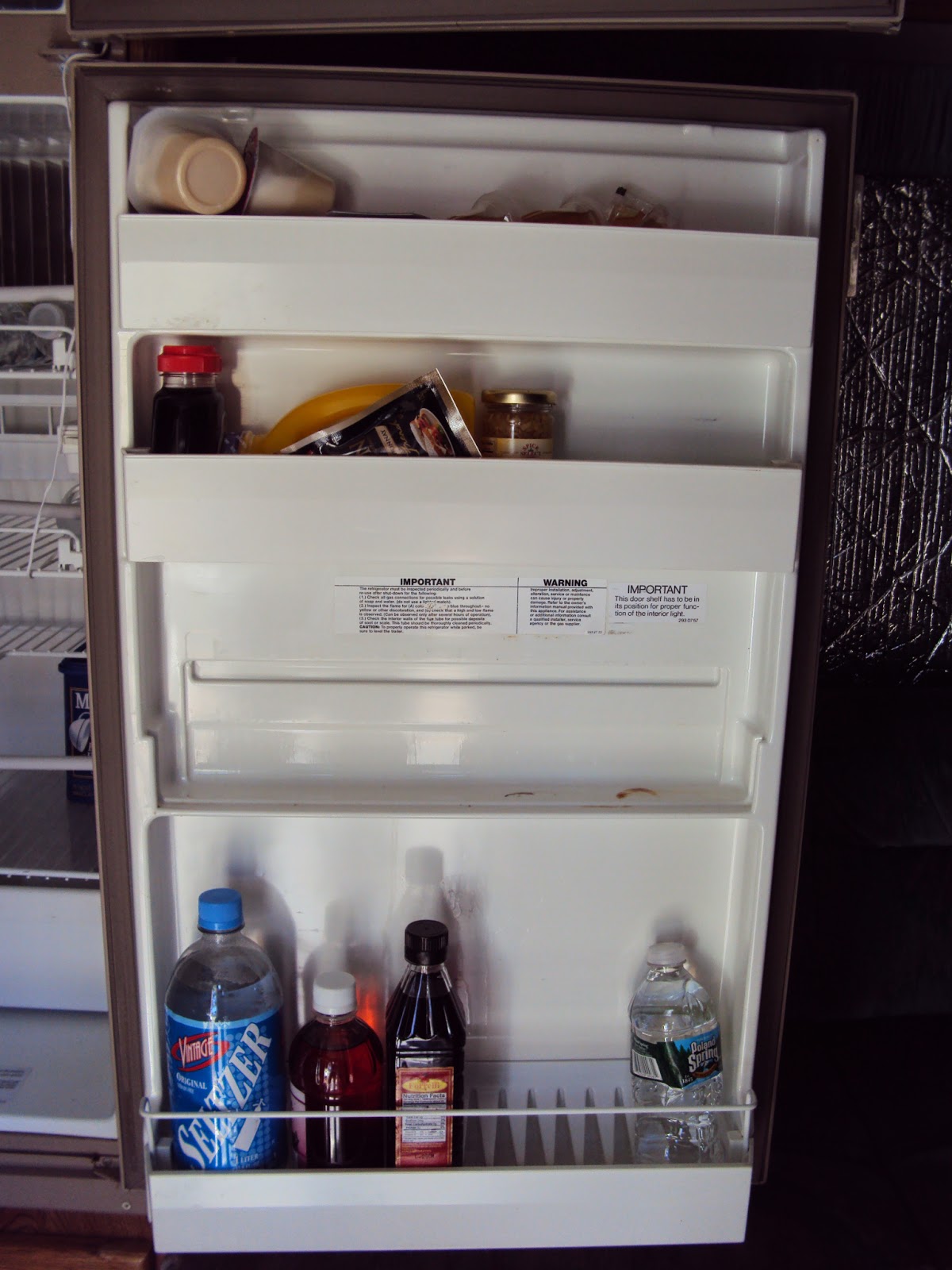 This was a bit more difficult as I couldn't use a hose to rinse off the cleaners and the nasty stuff. Plus, if I used a decent amount of cleaning solution, it would drip down the door onto the floor creating a puddle of indeterminate mix. I settled for a lot of paper towels folded and placed under the door. I sprayed down the door and tried to clean as much as possible before it dripped, but a lot of it had to soak before it would come off. I have to re-iterate ... this is NO fun!!

Well, I finally managed to get into all the nooks and crannies where I could see mold and/or other contaminants. Some places were so small I had to use a screwdriver wrapped in paper towel to get in and clean out the mess. After it was done I checked everything again to make sure there was no mold or other grossness left. If it's clean, it shouldn't grow back, hopefully.


There are cleaners on the market that purport to kill mold and clean it up easily. I didn't have any. Besides, the last time this happened, the mold didn't come back for over a year and a half. I'd call that a success!